At the end of last month (August 30-31, 2013), I participated for the second time in the IMTUF 100 (Idaho Mountain Trail Ultra Festival), which starts and finishes at the mountain enclave of Burgdorf Hot Springs just north of McCall, Idaho. Burgdorf should be on a ‘best of Idaho’ list. It’s the PERFECT home to a hundred mile trail race. They offer reasonably priced camping, rental cabins if you prefer that, and the best part of all is that you can finish running and go jump directly in the hot springs pool, clothes and all. 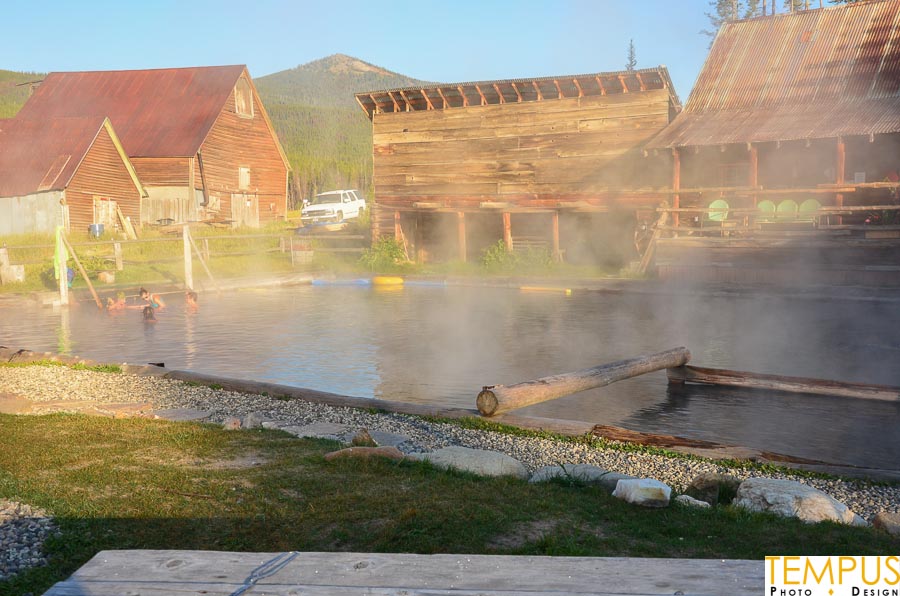 Last year (2012), I ran it. The race was held the first weekend of October we enjoyed a zero degree start. When I got done, I thought (and still think) that was the most difficult race I had ever done. It is so incredibly technical. 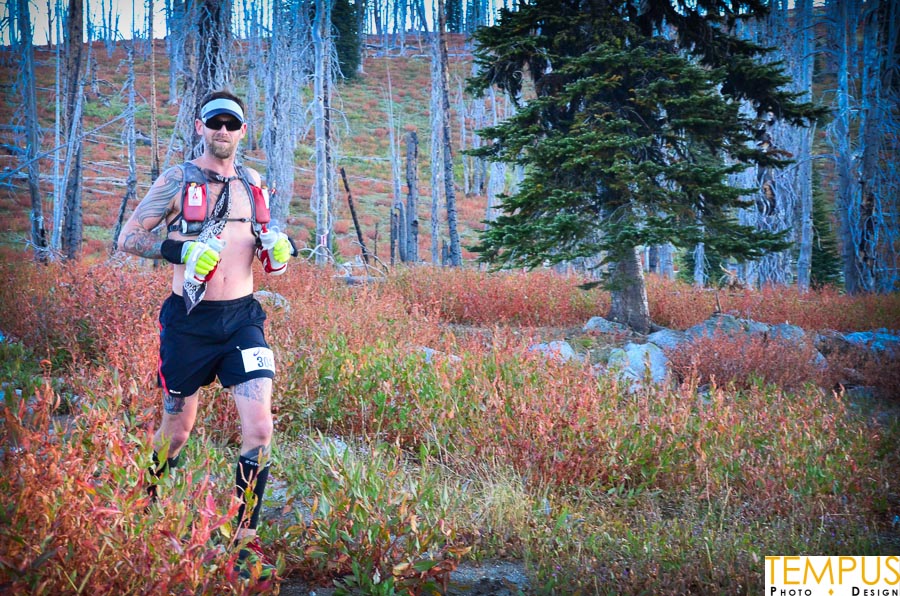 For 2013, the directors switched the direction of the course, which put the flatter, less technical 20 miles of the race at the end instead of the beginning. I thought this would make it ‘easier,’ and in some ways it did, but make no doubt about it – you gotta be TUF to complete the IMTUF 100. It’s just plain hard, no matter which direction the course runs. There are multiple stretches of 10 or more miles between aid stations, long climbs and steep descents, and did I mention how technical it is? Not to mention the ~22k of elevation gain and 105-ish miles the course covers (advertised as 102).

Ann Trason greeting her beloved pal at the IMTUF finish.

For this year’s IMTUF, I stepped into a volunteer role. As much as I wanted to run this race in the reverse direction, I was pretty excited to set a PR at Bear this week , so I volunteered to sweep about half of the course and work an aid station instead. By the end of the weekend, I felt like I had run 100 miles, but don’t tell any of the runners that. 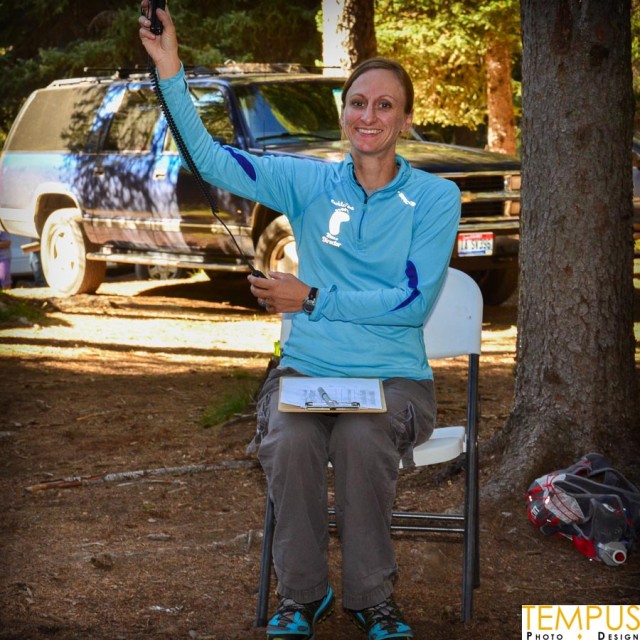 A common position where we were located – me getting the best radio signal with my no frills HAM setup.

With my recently acquired amateur radio license, I helped my buddy Rich Marion operate HAM communications at the mile 44 aid station, as well as assisted with the aid station setup and operations. This was simply the most fun way to spend a day, and I am really appreciating HAM radio even more. It’s a ton of fun and is invaluable to mountain ultra races. You should think about getting your HAM license and giving back to ultras that way.

I started sweeping after the last runners at mile 44, about 8:15 pm, and picked up with my running buddy Amy King at mile 55. We hitched a ride up the road to mile 60 and commenced sweeping on foot from there to the finish, minus the mile 83-93 loop, which was perfect timing to land us behind the last two runners who would finish the race before the 36 hour cutoff. This put us on the trail for over 21 hours. It was Amy’s birthday, and I can’t imagine a funner way to spend it. 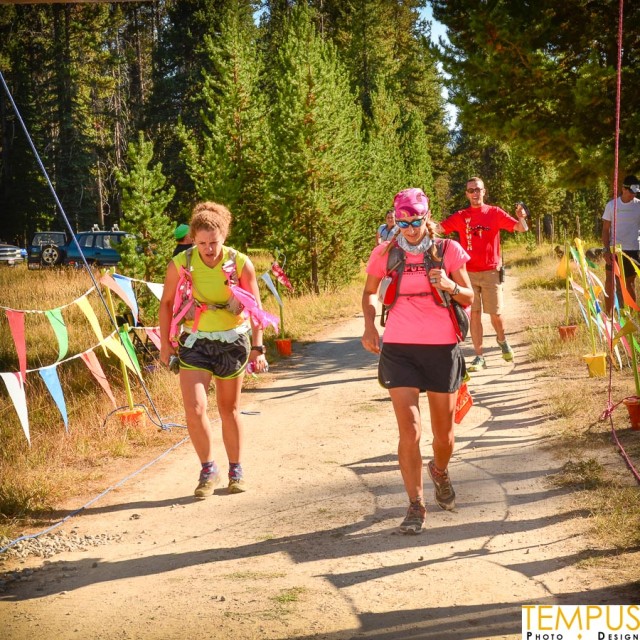 After finishing 50 miles of overnight sweeping, Amy King and I were pretty indistinguishable from the race finishers when we got to the end.

The 62% finish rate (19 finishers for 27 starters) impresses me considering the difficulty of the race; I feel the stellar weather contributed heartily to this good finish rate. Weather in August at 5000-9000 feet around McCall is downright pleasant, and we avoided any rain that certainly could have been a possibility.

IMTUF women’s winner Christine Kollar going sub-30 on an incredibly tough and technical course and happy about it.

To compliment the traditional buckles given by many other 100s, you get an engraved leather belt for finishing IMTUF. That’s pretty cool, if you ask me.

Next year’s race will be held on September 20-21, 2014 (date change) and registration is now open at imtuf100.com. I predict this will be the next mountain 100 classic, ala Wasatch, Cascade Crest, or Bear. 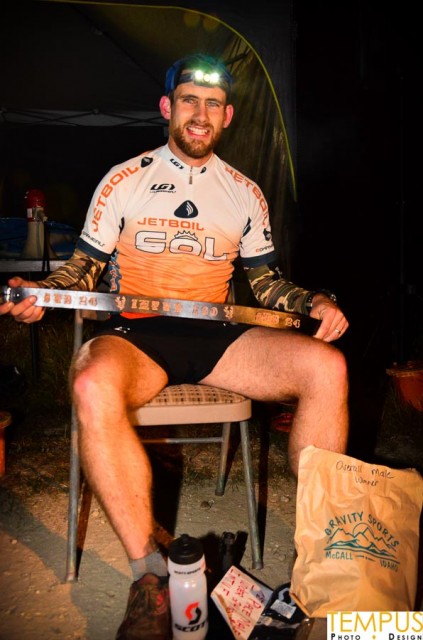